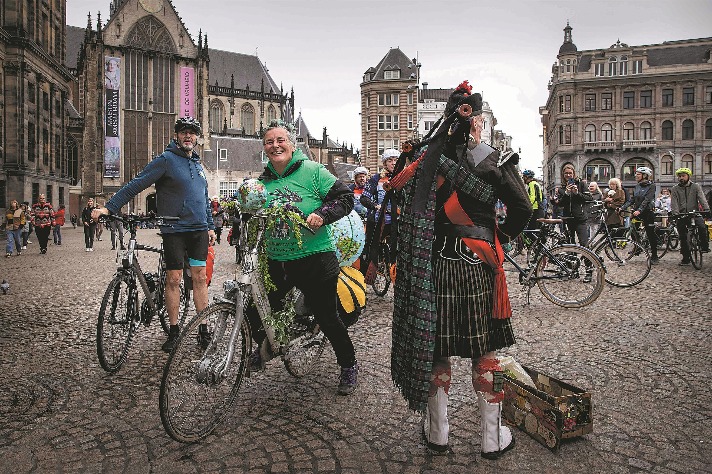 Editor’s Note: As delegates gather in hopes of a meaningful deal at the COP 26 climate summit in Glasgow, Scotland, calls are mounting for concrete action to help countries most at risk from global warming.

Although the COP 26 climate summit in Glasgow has yet to reach its full swing, the focus has been on what major polluters will deliver in terms of net zero emissions targets in the decades to come.

But far from the Scottish city, few people fear the consequences of global warming as much as the inhabitants of the islands scattered across the Pacific Ocean. And little has been said about what Pacific island nations stand to lose if no meaningful agreement is reached at the 26th UN Climate Change Conference of the Parties.

Many island nations scattered across the Pacific are already feeling the impact of climate change with rising sea levels. Many sit a few feet above sea level.

The Pacific Islands Climate Action Network met on October 22 and issued a list of demands to world leaders in the run-up to COP 26, telling them they must deliver “a safe and livable future for the Pacific Islands” .

The group called on rich countries to provide developing states with $ 100 billion per year until 2025 and to increase that to $ 750 billion per year beyond 2025 so that they can invest in technologies for help live with a changing climate.

Former Kiribati President Anote Tong told the virtual gathering of Pacific climate action organizations that the Glasgow meeting would be the last chance to save Pacific island nations from the worst effects of climate change.

Siobhan McDonnell, senior lecturer at the Crawford School of Public Policy at the Australian National University in Canberra, said all governments must redouble their efforts to ensure that the urgent climate situation facing all island countries of the Pacific to be heard at COP 26.

“There is an emergency around the Pacific island countries; it is not just a question of adaptation. There are issues of material and non-material loss and damage caused by the impact of climate change that are tangible and real, ”McDonnell said.

“These are real costs that are borne today and in the future by the Pacific island nations and their inhabitants in terms of spiritual loss of place, loss of aspects of culture, burial grounds and loss. attachment instead. “

Wesley Morgan, an assistant researcher at the Asia Institute at Griffith University in Queensland, said the Pacific islands are on the front lines of climate change.

“Despite their size, these small island nations as a bloc are striking way above their weight on the international stage, and they are not ready to fall without a fight,” Morgan said.

Christian Downie, associate professor in the School of Regulation and Global Governance at the Australian National University, said Pacific island nations face an existential threat from climate change. “They hope that COP 26 will lead to a coherent agreement with keeping global warming at 1.5 C.”

“Things must be fine”

For the Glasgow summit to be considered a success, some things have to go right, he said.

“First of all, countries must commit not only to achieving net zero goals by 2050, but more stringent goals by 2030. Without them, there is no way the world will keep rising. global temperatures to 2 ° C. Major emitters will also need to support developing countries with finance and technology to enable them to switch to clean energy and adapt to the impacts of climate change, including severe flooding and flooding. prolonged droughts. “

The program, which outlines Australia’s comprehensive economic plan to achieve net zero emissions by 2050, is based on existing policies but lacks detail.

Joe Fontaine, senior lecturer in fire ecology at Murdoch University in Western Australia, described the policy as having all the strength of a “wet paper bag.”

“All we are seeing is the same rudderless political vacuum that has been a drag on investment and innovation to lead to the decarbonization of the Australian economy,” said Fontaine.

Referring to the Kyoto Protocol, a UN-sponsored treaty to combat climate change, the academic said: “Bringing such a hollow policy to Glasgow will further solidify Australia’s reputation as a climate laggard and cheater. dating back to Kyoto in 1997. “

The consequences of such a weak climate policy will be felt by all Australians as the country becomes a dumping ground for old technologies, he said.

Ian Lowe, professor emeritus of science, technology and society at Griffith University, said: “It is an extraordinary feat to use 850 words to make a statement that tells us absolutely nothing about the plan that the Prime Australian minister says his government must achieve net zero emissions by 2050. “