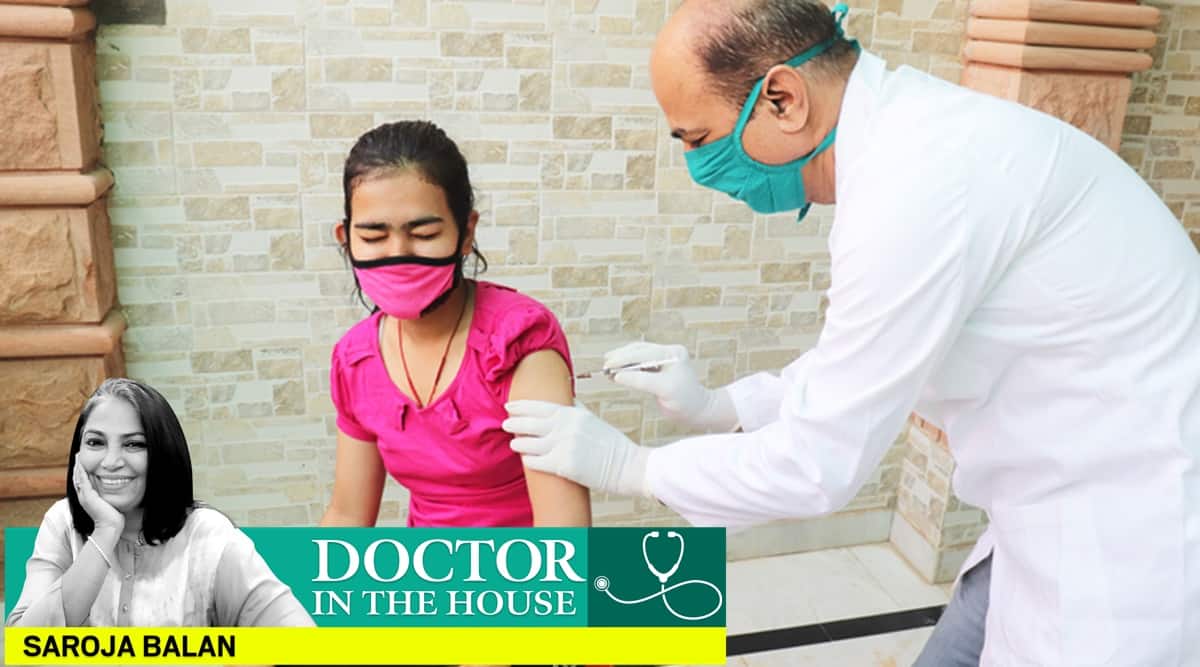 With the reopening of physical schoolas expected, there was an increase in new cases of COVID, especially in children. In most cities, a large part of the adult population has already received two inoculations of the Covid-19 vaccine. The children, however, remain unprotected.

With the resumption of physical school, it is now more imperative than ever that all children are vaccinated, whether or not they have contracted the virus before.

India has rolled out the vaccines in a phased manner based on scientific and epidemiological evidence. In the first phase, we saw healthcare and frontline workers, as well as older people, receive the vaccine as a priority because they were the people most at risk and most exposed.

The COVID-19 vaccination for minors in India started on January 3 this year for children aged 15-18. Subsequently, this was expanded in March to include children aged 12 and over.

The National Drug Controller granted emergency use authorization (EUA) to Covaxin from Bharat Biotech for ages 6-12 and Corbevax from Biologicals E for children ages 5-12. This authorization was granted on the basis of data collected during numerous trials conducted by vaccine manufacturers.

EUA does not mean, however, that you can go to any hospital (whether government or private) tomorrow to vaccinate your children over the age of 5. Vaccines still need to be approved on many levels. First, the national technical advisory group, which provides guidance to the government, will have to give vaccines its green signal. After that, the National Expert Group on Administering COVID-19 Vaccines will make a recommendation to the Ministry of Health for rolling out these vaccines to the masses.

Since the beginning of the pandemic and the beginning of global vaccination campaigns, it has become clear that vaccination protects against serious diseases and death rates. Therefore, with our children returning to normal life and school, vaccination is necessary to reduce the incidence of severe cases of COVID-19.

In the Americas as in Europe, children over the age of five are vaccinated with the Pfizer and Moderna vaccines.

India currently uses four vaccines for immunization of adults and children above 12 years of age. These are the Covishield from AstraZeneca + Serum Institute; Covaxin from Bharat biotech; Sputnik V; Biological E Corbevax. The ZyCOV-D vaccine (Zydus’ first Covid DNA vaccine) has received emergency approval but is not yet available.

The other two possible vaccines are the Johnson & Johnson vaccine which Biological E plans to introduce to the Indian market, and Moderna, which Cipla is believed to be in talks with to bring it to the Indian market. It is unclear, however, when these two would be available in India.

India has seen a slight increase in new COVID cases over the past few weeks, with the capital accounting for more than half of them. However, the lower number of hospitalizations can be attributed to the success of the vaccination campaign. We have managed to fully vaccinate nearly 80% of the adult population at present and a booster dose or precautionary dose is also available now for all adults. The lion’s share of vaccines administered is Covishield by Astrazeneca/ Serum Institute.

Experts stressed that preference should be given to children with comorbidities, whether or not they have had an infection in the past. (Photo: Getty/Thinkstock)

The Indian market has four COVID-19 vaccines available with some differences in composition as below:

It is a replication-deficient, recombinant chimpanzee adenovirus vector encoding the SARS-CoV2spike glycoprotein. After vaccination, the genetic material of part of the corona virus is expressed in the body, which stimulates an immune response. It is given in two doses 8-12 weeks apart. It is stored between 2 and 8 degrees Celsius.

Bharat Biotech’s indigenous Indian COVID-19 vaccine is being developed in collaboration with ICMR and the National Institute of Virology. This vaccine is being developed using WHOLE virus inactivated Vero cell-derived platform technology. Inactivated vaccines do not replicate, and therefore pathological side effects are less. The virus is dead, so unable to infect people, but it will still mount an immune response. It is given in two doses four weeks apart. Covaxin demonstrated 77.8% efficacy against symptomatic COVID infections and 93% against severe COVID. It is stored between 2 and 8 degrees Celsius.

This is the first receptor binding domain protein subunit vaccine developed in India against COVID-19. It is administered in two doses 28 days apart intramuscularly. Like the other two vaccines above, it is stored between 2 and 8 degrees Celsius.

It is built on a subunit platform instead of the whole virus. Corbevax includes an antigen developed by the Texas Children’s Hospital Center for vaccine development. This vaccine has received emergency use authorization for administration to children 12 to 18 years of age.

Covovax is produced by Serum Institute of India under license from Novavax. It requires two doses given three weeks apart. This vaccine uses a new platform and is produced by creating a modified baculovirus containing a gene for a modified SARs-COV2 spike protein.

Zydus Cadilla’s ZyCoV-D has received emergency use authorization for administration to children over 12 years of age. It is a three-dose plasmid DNA vaccine injected intradermally using a needleless system called TRopis. After the first dose, the second and third are given on days 28 and 56.

Other vaccines in preparation

Other vaccines in the pipeline are a nasal vaccine from Bharat Biotech and an mRNA vaccine made by Genova, a Pune-based company in collaboration with Seattle-based HDT Biotech Corporation.

Experts stressed that preference should be given to children with comorbidities, whether or not they have had an infection in the past.

For all the latest parenting news, download Indian Express app.