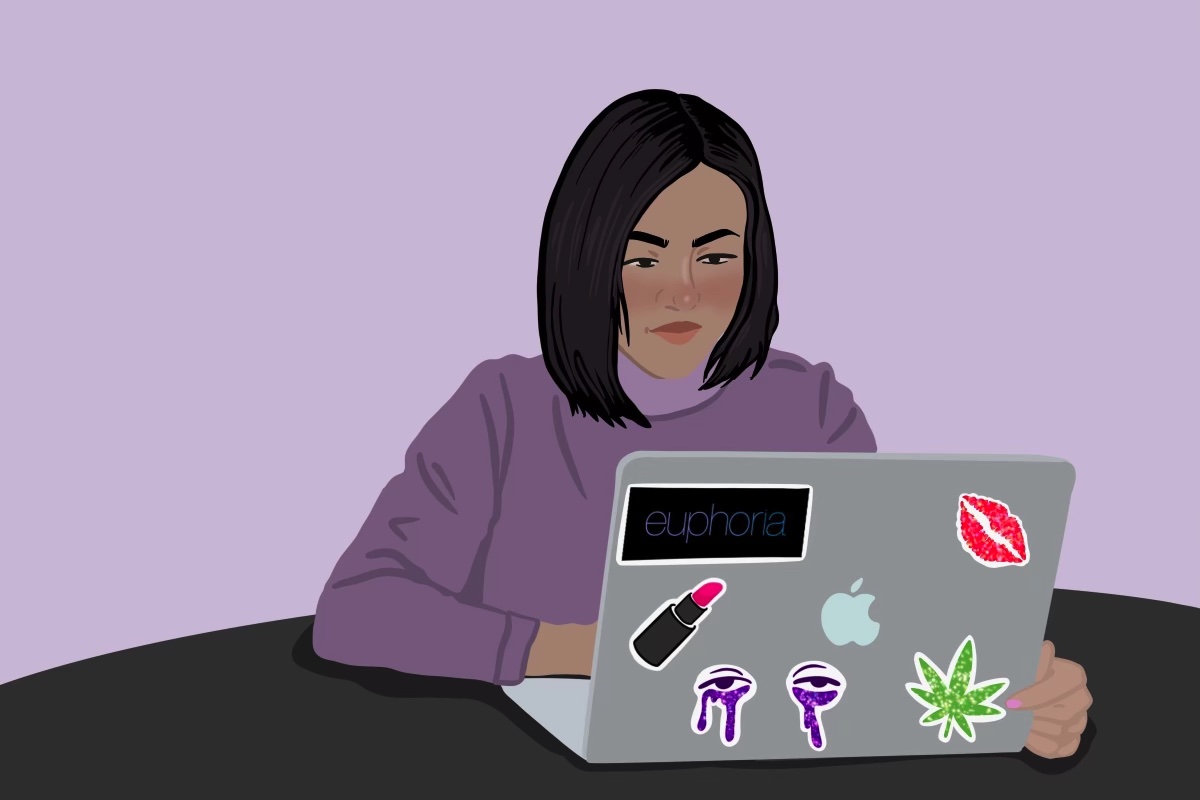 Gen Z’s favorite Gen Z show ‘Euphoria’ has just announced its plans for its second season. Based on creator Sam Levinson’s “own experience with anxiety, addiction, and depression,” the racy HBO high school drama follows a group of college students as they grapple with their own post-puberty hurdles , from celebrity pressures in sports and academia to dating deception. applications. It’s called “Euphoria”, but “a feeling of intense happiness and excitement” is not what you get when you start the first episode, watching footage of the World Trade Center attacks.

“Euphoria” begins the same way Gen Z was launched into the world: amid the violent ruins of post 9/11 America. The show’s relentlessly heavy tone, which portrays topics such as drug use, violence, and vengeful child pornography, made it equally loved and hated for what fans consider precision and what critics consider it a glorification of its subject. The backlash can perhaps be interpreted as an example of what happens when art mimics life a little too vividly, and here Gen Z’s own trauma is thrown back to us in a moody technicolor.

“Euphoria” stars Rue Bennett, a 17-year-old addictive teenager who, ironically, is played by Zendaya (“Dune”), our generation’s favorite Disney star. The students are revealed to us through Rue’s unreliable storytelling, and we experience the ups and downs of high school as Rue does.

As a result, while the harsh realities of drug use and addiction are clear (in the second episode of the first season, Rue is shown lying in a pile of her own vomit after an overdose), the altered state of Rue gives the trippy scenes in “Euphoria,” the most beautiful visuals, music and cinematography of the entire show. Yet somehow these scenes strike a balance between being strongly stylized and viscerally realistic. after all, the way “Euphoria” deals with her heaviest subjects is uncomfortable and shocking.

“Euphoria” and her unabashedly daring portrayal of mature themes fueled many critics; some conservative organizations have even called for the show to be taken off the air because of what they see as the glorification of violence, pills and sex. The Parents Television and Media Council, a US Christian censorship group, has expressed concern that “HBO, with its new high school-centric show” Euphoria “, appears to be openly intentionally marketing adult content extremely graphic – sex, violence, profanity and drug use – to teens and tweens. The media critic platform Movie Guide has called on its readers to sign a petition demanding that HBO remove “Euphoria” from its programming, which it described as “despicable beyond belief”.

Maybe it’s because of all this that “Euphoria” has already become a cult classic – Gen Z’s “Pulp Fiction”. In the years since the show’s release, Gen Z has cultivated a so-called “Euphoria aesthetic,” using the show’s iconic colors and styles so thoroughly and frequently that it’s hard to imagine our generation before “Euphoria” aired in 2019. Teens across the country have started put on glitter makeup and dress up as characters Cassie and Maddie for Halloween. The actors’ Instagram accounts have gained millions of followers, and many Gen Z fashion brands have embraced the bold style of the show’s universe.

The way Gen Z embraced the “Euphoria” aesthetic makes the series feel like the mirror Gen Z didn’t know they needed. The generation’s buy-in to the show is more about teens expressing their identity through technology and self-discovery and feeling understood than wanting to glorify substance use and sexual assault.

Levinson claims that for “Euphoria” he “was just trying to capture that kind of heightened emotion when you’re young and what relationships feel like.” The move, he says, was made to help the older generations understand Gen Z, and to make Gen Z members realize that they are not alone as the generation gap continues. to widen and that technology is increasingly impacting our way of life.

Like the characters Rue, Jules, Cassie, Maddie and Nate, I was born in post 9/11 America. I, too, have seen lockdown drills, consumed media that I probably shouldn’t have at my age. Although “Euphoria” is more serious than my experience, for me and for many of my friends, the series represents many of the issues we face and faithfully reflects the fears and anxieties of our generation. Unlike the myriad of other Gen Z high school shows I’ve watched recently, seeing these issues, though in the show’s cartoonish and melodramatic portrayals, felt cathartic and validated my own struggles against it. anxiety and technology throughout high school.

“Euphoria” is Generation Z, in all of its sparkling, confusing and pixelated glory.