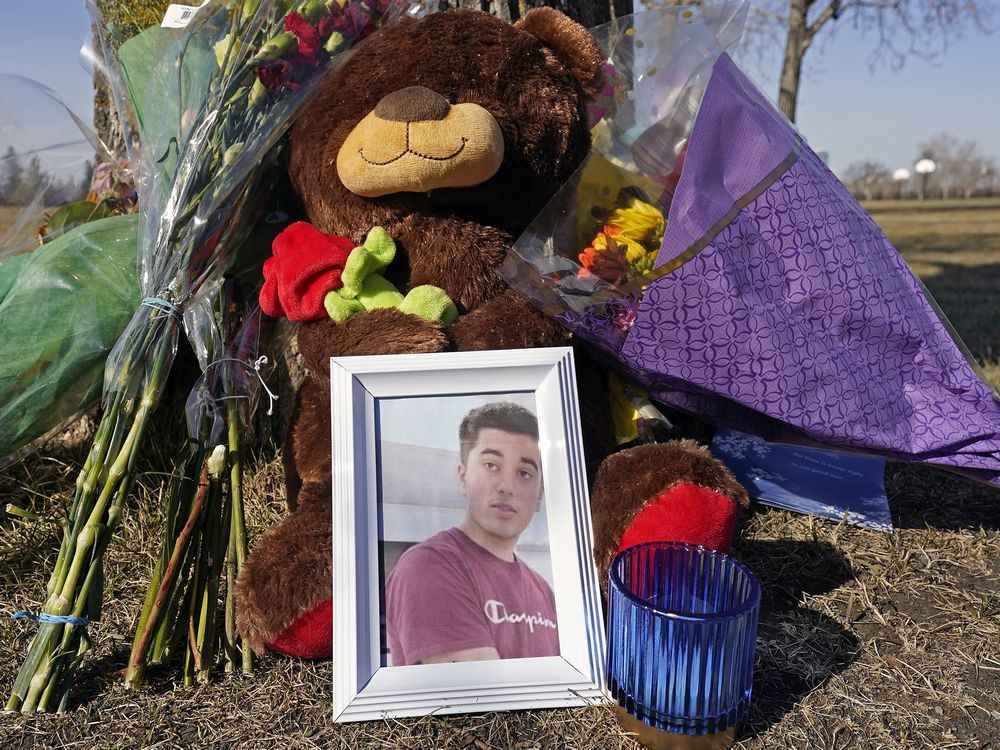 Family members of the teenager fatally stabbed outside McNally High School this month want the seven young suspects charged with second-degree murder to be tried as adults.

The cousins ​​of Karavneer Sahota, 16, told local media on Saturday that while the family believes the charges are appropriate, the young age of the suspects is no excuse and they should not be treated as minors as part of the judicial process.

“They were adults at the time, making conscious decisions,” cousin Monica Binns told media outlets such as World News.

An autopsy revealed that Sahota had died from a stab wound to the chest. A GoFundMe for his parents, launched by Binns, said Sahota was left to die in a field after being attacked near a bus stop outside the school on April 8.

Police charged seven suspects on Thursday and Friday, including six boys – two of whom were just 14 – and a 17-year-old girl. Edmonton police have called his killing a “senseless” act that is unprecedented in that city and has shaken the community.

Shivleen Sidhu, another cousin of Sahota, said on Saturday that choosing not to treat the seven individuals as adults “will be a grave injustice to Karan”. None of the youth’s names can be released due to Canadian laws protecting minors.

“It was no accident,” Sidhu said. “It will be a grave injustice to Karan if their identity continues to be protected by the Youth Criminal Justice Act.

His cousins ​​describe Sahota as a lover to be remembered that way, and his death cannot be in vain. They are also calling on the families of the teenage suspects to step in and take responsibility for what happened.

Police said the victim and the other teens knew each other and the violence broke out between two groups who had a history of disagreements. Investigators don’t believe it was gang-related.

A public candlelight vigil is held at McNally High School Friday at 9 p.m., where a memorial for the former student is growing. His funeral is set for Sunday.