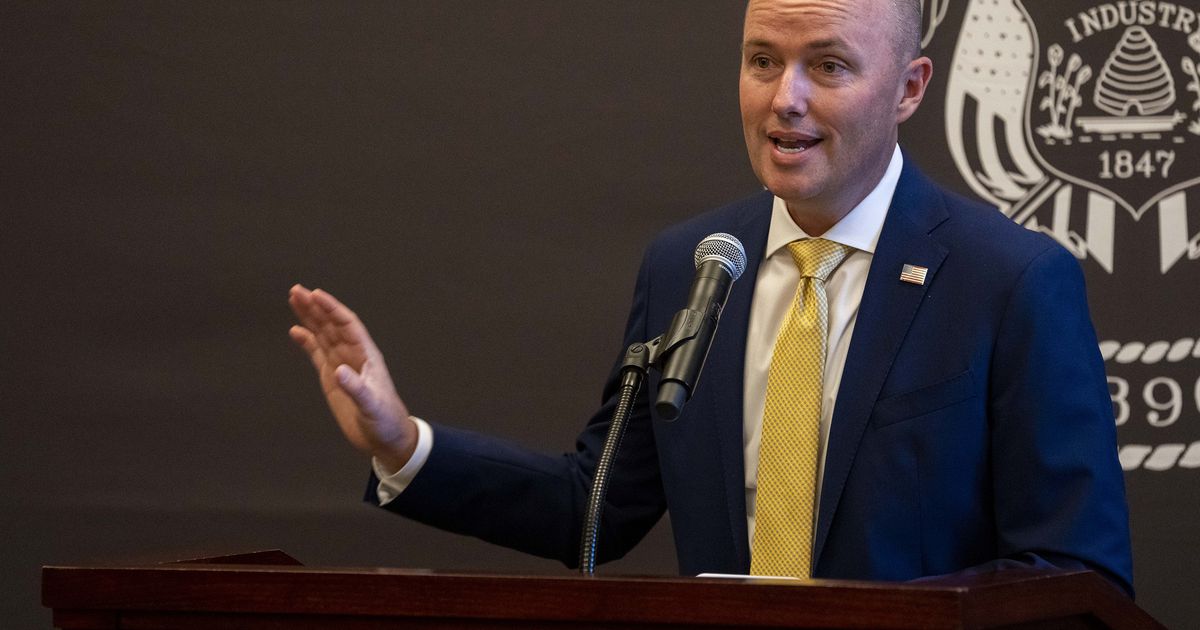 The state’s health department figures do not include doses distributed by federal agencies, Cox wrote in a celebratory Twitter thread.

Utah Governor Spencer Cox declared a statistical victory in the war against the COVID-19 pandemic – declaring on Tuesday that 70% of Utah’s adult population had received at least one dose of a vaccine against the coronavirus before July 4.

Getting there, however, required some explanation and is not fully reflected on the Utah Department of Health’s public data website.

However, Cox wrote, this does not include doses administered by federal agencies – specifically, the Department of Veterans Affairs, the Department of Defense, federal correctional facilities, or Indian health services. Those agencies represent 114,908 additional doses for adults in Utah, he wrote.

“This is really an important milestone to celebrate! Cox wrote in one of 20 tweets in his Tuesday thread.

However, added Cox, “We’re not out of the woods yet. Unfortunately, the pandemic is not over.

Cox said he was “still very concerned about the recent increase in cases and hospitalizations”. He also noted that parts of Utah, “including many of our rural areas and communities of color,” are still below the 70% mark.

Not quite half of Utah’s total population – 49.6% – has received at least one dose of a vaccine, according to UDOH data on Tuesday. This includes children 11 and under, who are not yet eligible to be vaccinated. And Utah, it is often noted, has a larger child population, 29% according to US Census Bureau figures, than the national average of 22.3%.

Utah’s goal of a 70% vaccination rate by Independence Day reflected President Joe Biden’s commitment in May to achieve the same rate nationwide. On Sunday, July 4, the Federal Centers for Disease Control and Prevention said only 67% of adults nationwide had received at least one dose of a COVID-19 vaccine.

“There is nothing magical about that 70% threshold,” Cox said Thursday during his COVID-19 press briefing, where he first mentioned the addition of federal data to the figures for the state. “We would prefer 99%, 100% of adults in Utah to be vaccinated because that’s how we’re going to reduce deaths and hospitalizations.”