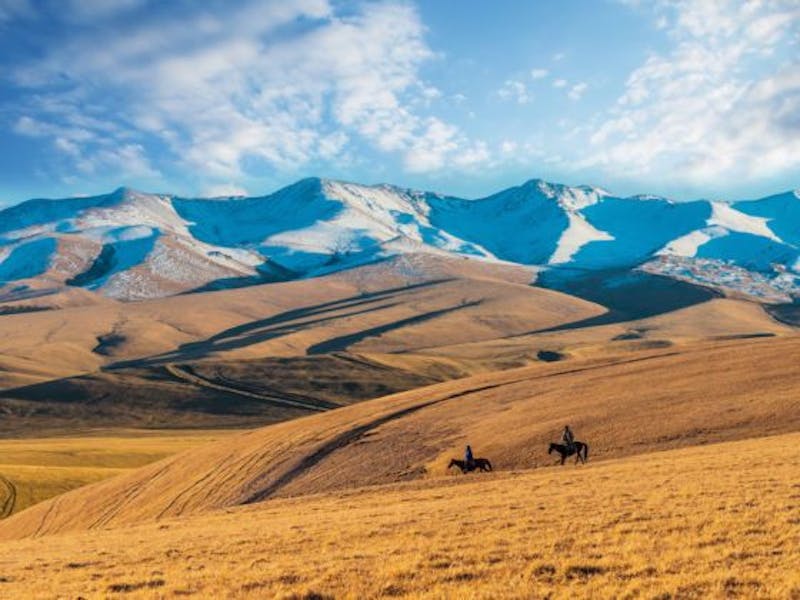 When researching your next place to visit, destination locations can get repetitive and boring. Get out of the ordinary as you explore Central Asia and the various scenic spots to explore. Central Asia includes Uzbekistan, Kazakhstan, Tajikistan, Kyrgyzstan and Turkmenistan, which were once Soviet republics. The areas consist of numerous mountains, forests, and lakes as well as historic architecture with a history dating back centuries.

There’s something for everyone in every country, so we’re here to tell you five unique places in Central Asia to visit on your next trip:

Visit the Registan in Samarkand, Uzbekistan

A well-known tourist site in Central Asia, the Registan was considered the center of Samarkand during the Timurid Empire. The public square marked a halfway point on the Silk Road between Europe and Asia, and the square is considered one of the most recognized mosques in the world. The name also means “sandy place” in Persian.

With approximately 223,000 acres of land, Karkaraly National Park offers a wide variety of beautiful scenes to explore. To get to Karkaraly, the journey is about two and a half to three hours from Karaganda, the capital of the Karaganda region. From the forests to the springs, there are plenty of opportunities for photography, hiking and camping.

See nature in a new light as you travel to Lake Iskanderkul in the Fann Mountains. One of the largest glacial lakes in northwest Tajikistan, there is plenty of space for hiking, camping and swimming. Isanderkul is also a great place for birdwatchers, as the reserve has been identified as an Important Bird and Diversity Area by BirdLife International.

If you are an architecture enthusiast, take the time to see the Dugan Mosque. Made entirely without nails, the light wooden mosque was built by Chinese Muslims who fled persecution in the 1800s. It is the only example of Chinese architecture in Karakol and also a registered historical building.

Feel the heat of the Darvaza Gas Crater in Derweze, Turkmenistan

Considered the “Gateway to Hell” or the “Gates of Hell”, the Darvaza Gas Crater is one of the largest gas reserves in the world. The Collapsed Cavern is a burning natural gas field with fire, boiling mud and orange flames in the center of the crater. Discovered in 1971, the crater has been burning for more than 50 years.