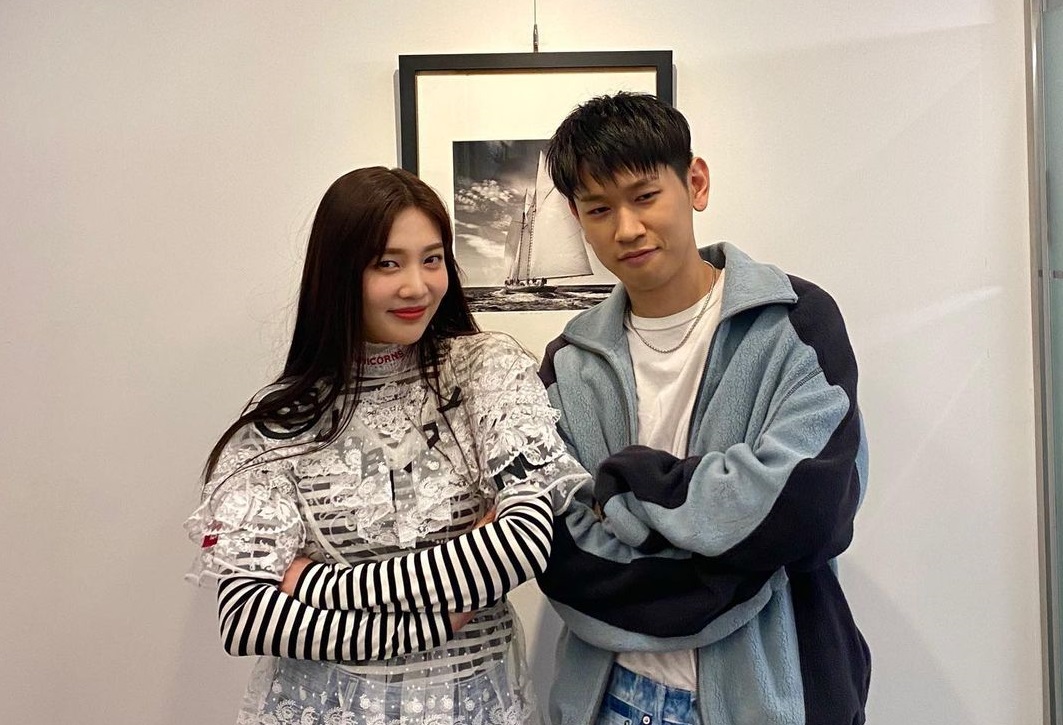 Did you know these K-pop celebrities are dating?

K-pop music and idols have captured our hearts with their fashion, awesome work and stunning performances. However, internet users cannot get enough of their favorite stars and want to know everything about their personal lives.

If you didn’t already know, dating in the K-pop industry isn’t a snap. In a 2018 article, CNN has reported a “no dating” clause in some of the K-pop artist contracts, and they are not allowed to release personal information to their fans.

The article further quotes Korean music director Bernie Cho as explaining why some agencies have such contracts. He says, “Scandals involving alcohol, drugs or even dating are not only making waves in the entertainment news section, but also in the financial news section, as many of the biggest corporations in Korean music management are also publicly traded stocks on the Korean Stock Exchange. Sensational headlines can take a serious hit on the bottom line. ”

However, some K-pop icons have dared to walk through difficult terrain to be together and have set new relationship goals for you as well. Adorable images with heartwarming gestures – you name it, and they did.

Here are some K-pop celebrities dating and breaking the internet with their love.

Who knew a TV show would play Cupid for two of South Korea’s most popular stars? Sparks flew when K-pop group member Girl’s Day Hyeri met Ryu Jun-yeol on the sets of their 2015 tvN show Reply 1988.

Amidst spending time on the show’s set and indulging in jokes on Instagram, a strong friendship developed between the two. The couple got so attached that Hyeri got emotional while filming the 18th episode – the famous scene where Hun-yeol Jung-hwan’s character confesses his feelings for Duk-seon, played by Hyeri, in Answer 1988.

Jun-yeol revealed the same in Answer me Ryu Jun Yeol on the Naver V app. He noted, “When we filmed the scene (of the confession), Hyeri cried so much. As she prepared to play the role of Duk-seon, she also personally felt like saying goodbye to Jung-hwan. She probably felt like she wouldn’t be able to interact with Jung-hwan in the future, and she cried a lot because of it. She cried to the point that we couldn’t continue to film.

In 2017, Jun Yeol’s agency – C-JeS Entertainment – confirmed their relationship with a declaration: “Ryu Jun Yeol and Hyeri recently transitioned from friends to couples, and they are still in the early stages of their relationship. We apologize to the fans for these reports of surprise encounters.” The couple have been dating for a few years now.

They are the latest couple to join the K-pop couples movement. It wasn’t until August of this year that the duo formalized their relationship, and the news delighted their fans.

The couple started out as co-workers as they collaborated on their song “Help”In 2020. But their professional equation soon paved the way for something more personal and romantic. The two kept in touch after their collaboration and soon started dating.

Their mutual love for dogs also fueled their feelings for each other.

One of South Korea’s cutest couples, Sooyoung from K-pop Girls’ Generation and actor Jung Kyung-ho have been dating for nine years.

The couple never fail to give their fans adorable goals and have only the best to say about each other in interviews.

In an interview with Marie Claire Korea in 2020, Jung Kyung-ho talked about his girlfriend and had noted: “I’ve been dating for over eight years, so I think Choi Sooyoung is what made me who I am. I became a person by doing what Sooyoung told me to do and not doing what she told me not to do. Things like washing my hands before eating, brushing my teeth before sleeping, not drinking a lot, and wearing neat and attractive clothes. So I have to listen to what my girlfriend is saying.

The actor also revealed adorable tidbits about their relationship on tvN. Health bar and shared that he had met Sooyoung through a mutual friend of theirs. He also shared that he gave his beau 1,000 roses on their 1,000th day of being together. They are still as strong as a couple.

Did you know that Hyuna and Dawn’s agency Cube Entertainment ended their respective contracts, shortly after the two confirmed they were dating?

Former 4MINUTE member Hyuna and former Pentagon member Dawn started dating in 2016 when they worked together in the K-pop trio Triple H. According to The herald of Korea In September 2018, the South Korean entertainment company said in a statement, “We have decided that the trust is broken and cannot be saved, so we are expelling both of the company. ”

However, a leading South Korean website Naver released the statement from Cube Entertainment CEO Shin Dae-nam denying all rumors when their photos began to tour the internet.

“The eviction of Hyuna and E’Dawn is under discussion, but not a confirmed issue. The artist’s opinion is also important, so this is an issue that needs to be carefully decided throughout the opinion-gathering process, ”he said.

It won’t be wrong to say that they have faced many ups and downs, but they have managed to stick together.

Hyuna and Dawn are both known to talk about their relationship. In a 2018 interview, the couple confirmed their relationship, after which Cube Entertainment ended their contracts. Artists are now supported by P Nation from PSY.

Earlier this year, the couple appeared on SBS My ugly duckling. They shared the details of their love life. In a frank conversation, Dawn explained how he got chills when Hyuna called her by her real name.

They’ve been dating for almost five years now. Their relationship is all that dreams are made of.

Joining the list of K-pop celebrities who hang out are Ryeowook of K-pop group Super Junior and Ari, a former member of South Korean girl group Tahiti. It was a chance meeting when the two met through an acquaintance. They were in love with each other and have been dating ever since.

The couple still manage to send their fans dizzy. Ryeowook and Ari have been confirmed to be dating in 2020. The new of their relationship was guaranteed by Label SJ which manages Super Junior.

South Korean News Agency News also reported that Label SJ had confirmed the couple’s relationship. The label said, “We have confirmed that Ryeowook and Ari are in a romantic relationship after first being close as senior and junior artists.”