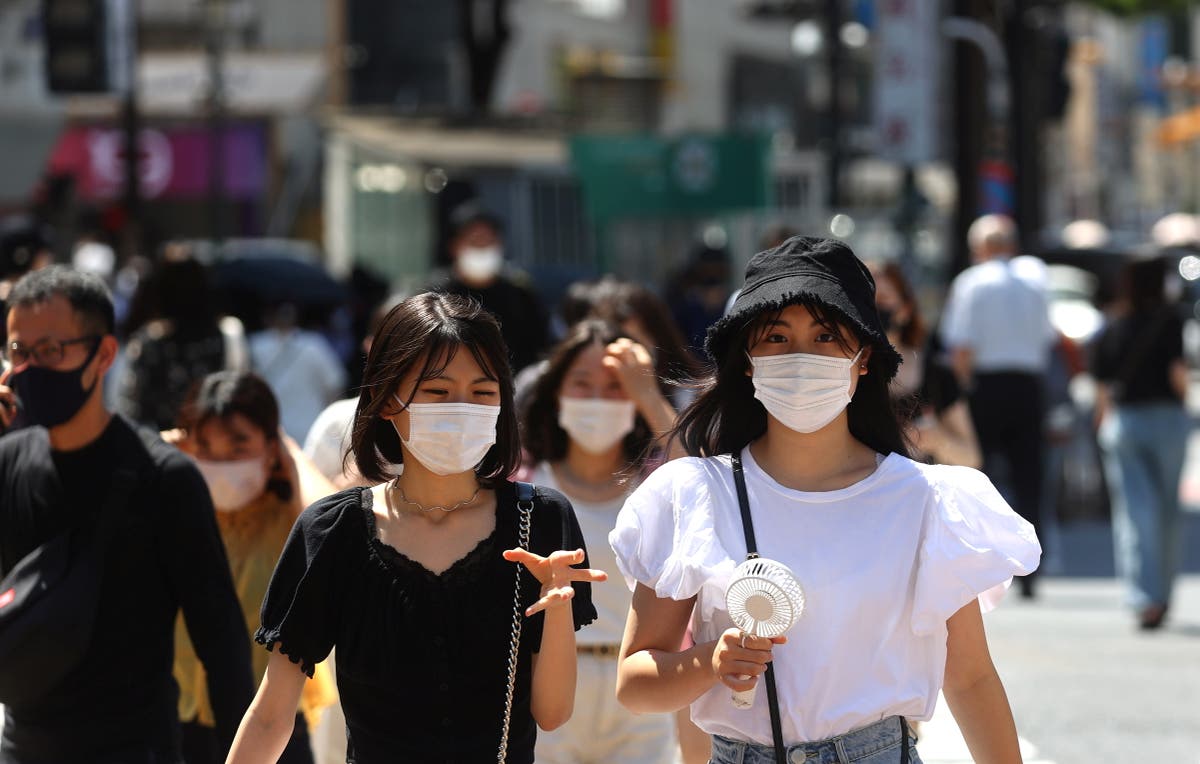 After a year of delay, the Tokyo Olympics begin in earnest on Friday.

For thousands of athletes, delegations and media teams overseas, the excitement of the Games, not to mention Tokyo itself, is palpable.

And yet, the government declared a state of emergency in the host city and its surroundings, the fourth such declaration amid an increase in the number of coronavirus infections, between July 12 and August 22.

For visitors, this means not only that they must be quarantined upon arrival and monitored; each of their trips to and from the Athletes’ Village or the hotel and venues is severely restricted.

And any hope of meeting locals, tasting Japanese food and drink, or simply discovering Tokyo and Japan is greatly reduced, if not totally shattered.

But that doesn’t stop many of them from circumventing social distancing measures, if only numerically.

Social media platforms in Japan, especially dating apps, are seeing a slight increase in overseas users, most of them officially here for the Games.

A Tokyo woman, a Japanese woman in her thirties, remarked “that there are so many media people from the US and UK”, referring to a noticeable increase in foreign profiles on the Bumble dating app.

She points to three foreign men in their forties who recently surfaced on her Bumble feed: two are journalists covering the Tokyo Games while the other is a sailing coach for a national team.

And she is not alone. After all, it was her friend on Facebook who originally posted about the sudden rise on Bumble in Tokyo of foreign men associated with the Tokyo Games.

Asked about the dating apps in vogue in the city now, an expatriate woman on Facebook replied: “Bumble, a lot of engineers looking for a ‘second life’ until the end of September”.

But it’s not just Bumble, which caters primarily to women meeting men and each other, that’s all the rage at the Tokyo Games.

Apps popular with heterosexual couples, such as Tinder and Ok-Cupid, are also trending, although the results are mixed.

One person on Facebook noted, “Tinder in Japan sucks. Idk but very weird profiles with pictures of cats / dogs / food and god knows what else. Ok-Cupid and bumble looks better. FYI, Olympic containment does not exist in Japan … haha ​​”.

Pairs, a popular domestic dating app in Japan, has also seen a slight increase in overseas users – a remarkable twist as the app is in Japanese, meaning users need more than a passing acquaintance. of the language.

Unlike most other dating apps, Pairs is for people looking for long-term relationships. Although it is free for women, men have to pay a monthly fee to register.

Foreign members of the LGBTQ + community also digitally connect with locals and expats through traditional dating apps like Grindr.

A male expat also on Facebook, also suggesting that not everyone adhere to social distancing rules, noting: “Grindr is very popular right now. They’re breaking all kinds of quarantine rules there. “

Rules under the declaration of emergency include social distancing, reduced hours for bars and restaurants, restrictions on the sale of alcohol, and restrictions on non-essential gatherings after 8 p.m. In addition, there will be no crowds at the Olympic venues and events.

For international athletes, delegates and the international media visiting Tokyo, these restrictions pose a real challenge: How can they enjoy their visit and follow the rules?

“I think they have some sort of curfew, or something, until the end of the Games. So they would ask me if we could meet after the Games, ”recounts a Tokyo resident, recalling a conversation she had with a stranger on Bumble.

Discussions on social media question how strictly people adhere to rules, especially those around social distancing.

With the temperature in Tokyo on Wednesday at 33 degrees and humidity at 42% and rising, it’s not too surprising that some visitors and locals are itching and tapping online and in person.

But for foreigners visiting Japan, the repercussions of failing to follow quarantine rules, for example, which include at least 14 days of self-isolation on entry, can be serious: deportation is a real result. .

Visitors linked to the Tokyo Games, meanwhile, follow slightly different rules: they must go through three days of isolation.

For these visitors, a violation of the rules results in a report from the Ministry of Health, Labor and Welfare to the Tokyo organizing committee.

Reflecting on her use of dating apps in Japan, a Tokyo resident notes, “Before, there weren’t a lot of foreigners on Bumble, but in a month, bam. Flooded! I guess they need to quarantine and [are] stuck in a hotel [with] nothing to do”.

She remembers driving through the popular Shibuya area recently and noticing that a bus full of athletes was being transported to the Olympic Stadium.

“I saw the Olympians (prob), full of uniforms on a bus ([all foreigners]), looking outside the bus. Their facial expressions were like, “Awww, I want to be where the people are; I want to see the taste of real ramen ”.

If any of those athletes are on dating sites, she cautioned: not everyone out there is just looking for a fast connection.

According to the platform, many people in Japan use dating apps for language exchange or a place to meet people who speak a language they want to learn more about.

“Tinder is a connection app; Bumble is more for meeting friends; and Pairs is for the real serious [who want a meaningful relationship]. It really depends on your intentions ”.