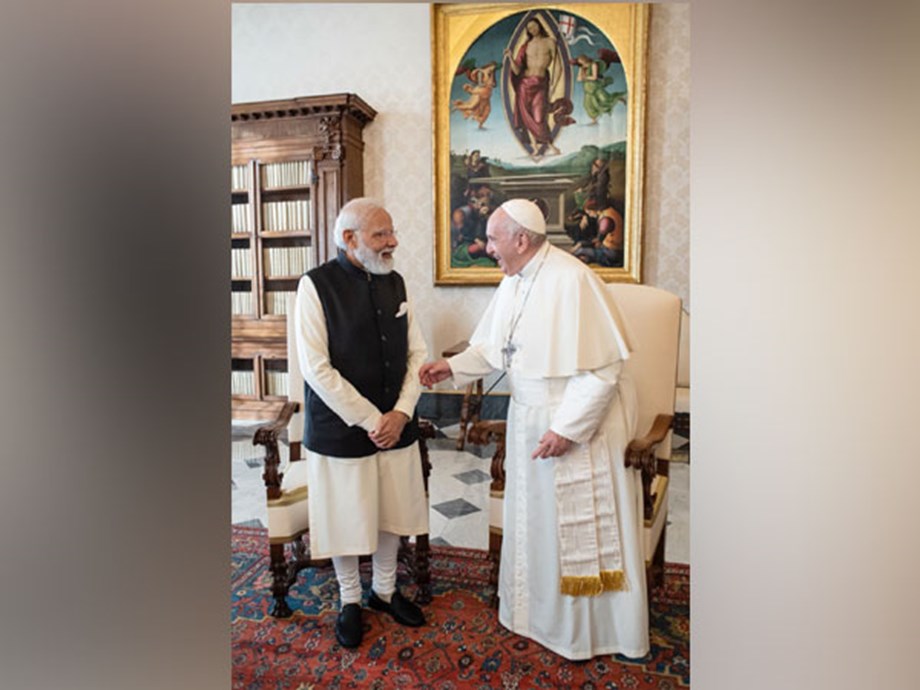 Modi explained to the 84-year-old pontiff that the candelabra was specially designed and that the book was about climate change, a matter close to the Pope.

According to Vatican News, the Prime Minister presented the head of the Roman Catholic Church with a specially designed silver candelabra and a book, “The Climate Climb: India’s strategy, actions and Achievements” during their meeting which lasted for an hour .

The Pope returned the favor with a bronze plaque with the inscription “The desert will become a garden”, volumes of papal documents, his message for the World Day of Peace and the document on human fraternity, signed on February 4 2019 in Abu Dhabi by the Pope and Grand Imam of Al-Azhar, he said.

Modi is the first Indian Prime Minister to meet Francis since he became Pope in 2013.

It was the first meeting between an Indian Prime Minister and the Pope in more than two decades. In June 2000, the late Prime Minister Atal Bihari Vajpayee visited the Vatican for the last time and met the then Pope, His Holiness John Paul II.

India and the Holy See enjoy friendly relations dating back to the establishment of diplomatic relations in 1948. India is home to the second largest Catholic population in Asia.

(This story was not edited by Devdiscourse staff and is auto-generated from a syndicated feed.)