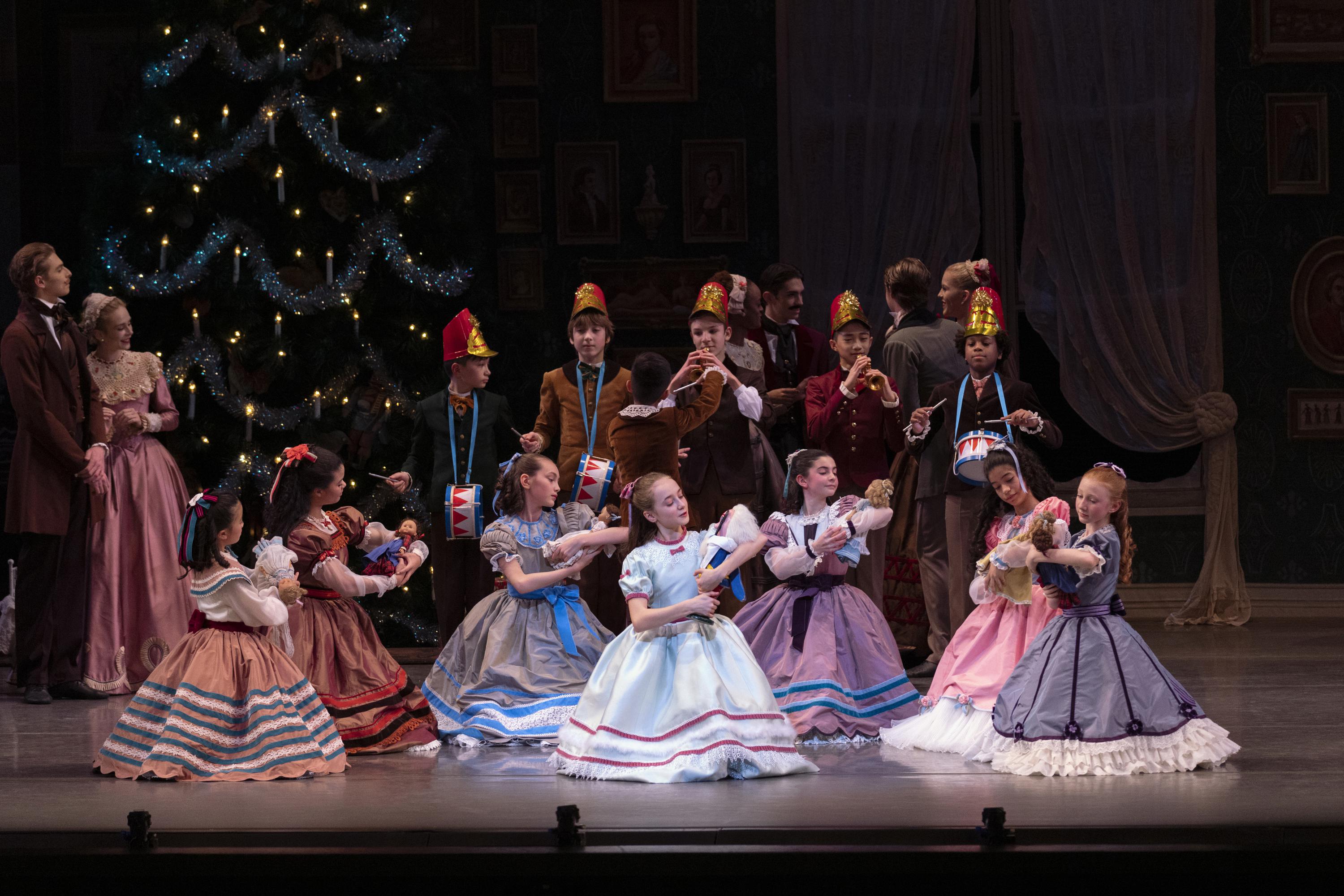 The Nutcracker Prince has gone back to fighting the Multi-Headed Mouse King – and winning, with the help of young Mary. And the newly crowned princess and her prince arrive again triumphantly in the Land of Sweets, to be entertained by the adults.

After being sidelined during the gloomy pandemic winter of 2020, George Balanchine’s magical ‘The Nutcracker’ for the New York City Ballet is back, reminding us that this nearly 70-year-old production remains the standard. -or for The Nutcracker everywhere. And it looks fresh, sort of.

At a performance last week at the start of the race at Lincoln Center’s David H. Koch Theater, audiences seemed just as enthusiastic as in previous years, even though it was a predominantly adult audience. Because schools were still in session, but also because of vaccination restrictions limiting members of the public to those of age to get vaccinated or to younger children with a negative PCR test, the average age has increased.

But that doesn’t mean the childish wonder has worn off. There were still gasps, like when the giant tree of House Stahlbaum grew taller and higher, or when the Nutcracker prince suddenly shed his wooden being and turned into a handsome prince. human. There were still laughter when the Mouse King succumbed in battle spectacularly with stiff feet in the air, and when Mother Ginger took the stage with her huge skirt full of bright puppets.

There are also changes on stage: the costumes have been remade, to accommodate the children of the cast who are older (and taller) this year, also due to the vaccine rules. (The costumes were specially designed so that they could be altered for the younger ones in the years to come.) The ankle-length party dresses in Act I were truly crisp. And the kids in the cast seemed more mature, adding to the depth of their acting. This year, they were from ballet schools across the city, not just the NYCB-affiliated School of American Ballet, which thankfully made the scene more diverse.

Even the opening’s first steps evoke an audible buzz, perhaps because Tchaikovsky’s music is so familiar – many spectators come every year, and some, like this reviewer, have even performed it at some point in their lives. (fourth row, tin soldiers, those who hold the swords). And then the curtain rises and we meet Marie and her younger brother Fritz, looking forward to the holiday party.

Athena Shevorykin was an expressive Marie and Reed Ouimet an optimistic companion as a prince. As for adults, that night the Sugarplum fairy was danced by Indiana Woodward – all warmth and excitement as she greeted the little angels at the start of Act II, and expansive as she danced the pas de deux. with his partner Anthony Huxley, Dramatic Fish Dives and all.

Better yet, the brief but exhausting and exhilarating role of Dewdrop – every ballerina’s favorite “Nutcracker” role it seems – was performed by NYCB veteran Megan Fairchild, who walked the stage with a impressive speed and lightness as she led the Flowers waltz.

Christopher Grant made a strong impression in the Hot Chocolate variant, and the Tea section – which was improved by dropping some unfortunate stereotypical moves – was notable for the high jump Sebastian Villarini-Velez. Roman Mejia made virtuoso Candy Cane for a lead role.

And then there were the Polichinelles, escaping from under Mother Gingembre’s skirt to dance, as sharp as ever, in what is perhaps the most charming children’s choreography of all ballet.

The whole shebang meets at the end for a brief cover of each variation. And then everyone gathers to say goodbye to the prince and princess, who board a wooden sled and climb above the stage on the way back.

As everyone waved their farewells – from candy canes and marzipan shepherdesses to the fairy Sugarplum and her rider – it suddenly felt more like a family affair this year than ever before.