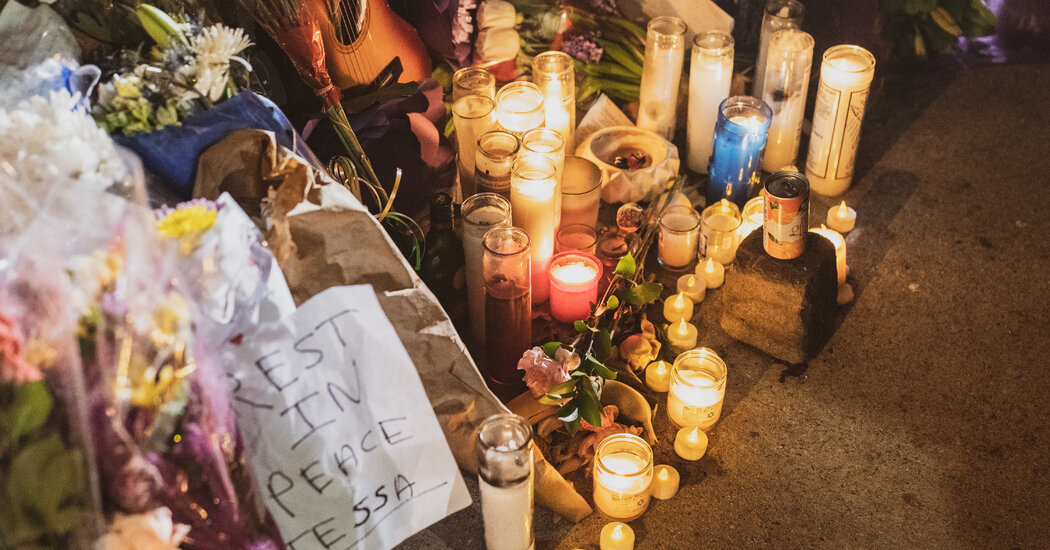 “Our hearts ache as we watch Tess’ friends go back to school, perform at concerts and experience all the things our daughter will never do,” the statement said.

Mr Bogdanos then released surveillance footage of Ms Majors’ final moments of life, captured near the corner of 116th Street and Morningside Drive.

As the video played on three large screens – including one directly in front of Mr Lewis, who did not lower his head – Mr Bogdanos recounted for the court what was happening: Ms Majors slowly ascending a staircase, after having had already been stabbed at least once in the heart; Mrs. Majors heading towards a street corner; Mrs. Majors standing by a lamppost and collapsing.

After Mr. Bogdanos had finished, Mr. Lewis, his voice shaking, addressed the court.

“As a human, I feel ashamed, embarrassed and sad for the role I have played,” he said. “Nothing I say or do can change this fact. “

He apologized to Mr Majors for his loss, paused, then addressed his own father.

“Dad, I’m sorry I let you down and become less human for a moment,” he said, adding, “I promise to make you proud again.”

Judge Robert Mandelbaum said prior to sentencing that Mr Lewis had repeatedly fought with other detainees in the juvenile detention center where he is being held, and that he participated in the violent slaughter of another prisoner.

“I agree that a bad choice – even a horrible choice – on its own should not preclude leniency in a young offender’s case,” Justice Mandelbaum said. “But the accused has shown in a year and a half since that terrible incident that it was not an aberration.”