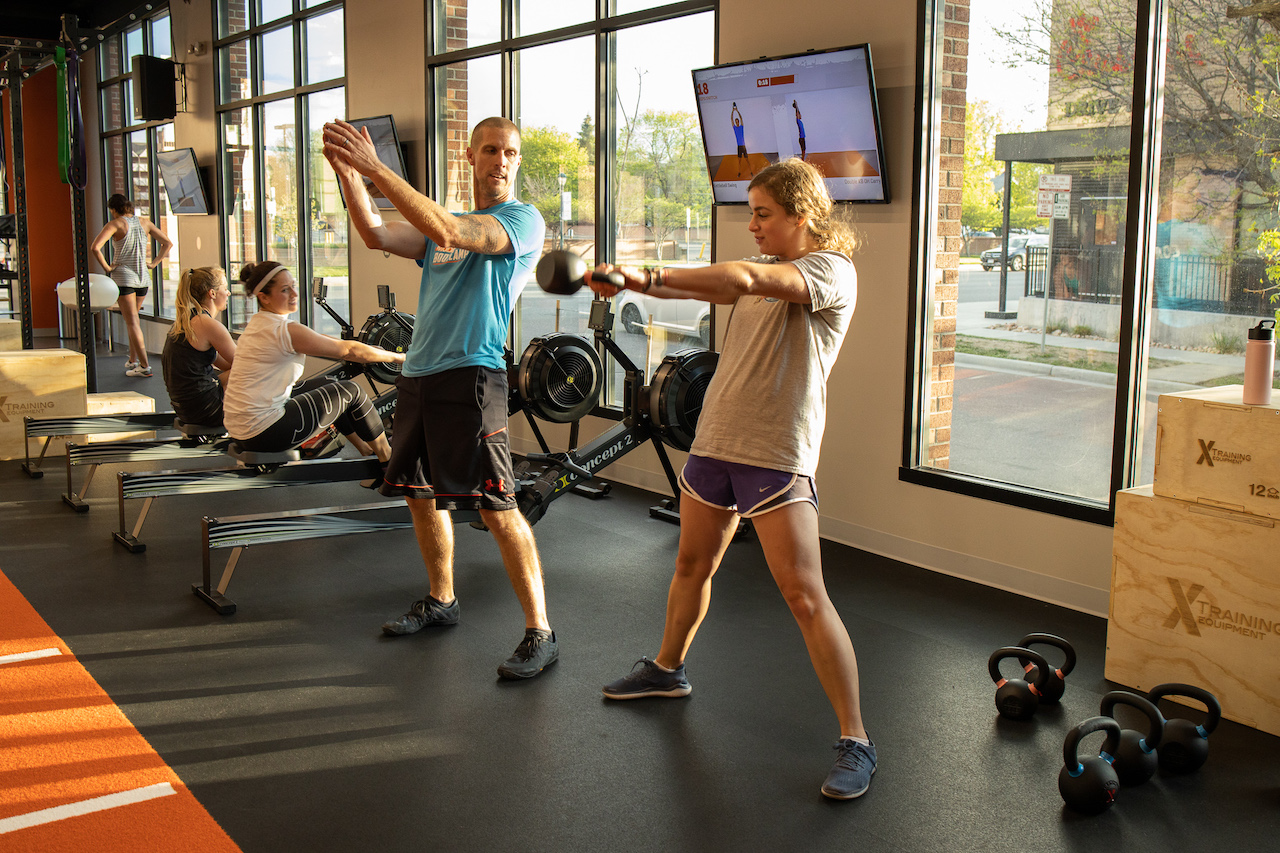 Watch out for anyone who responded to the “Typical Sunday” hinge prompt with any kind of workout, 14er or really any other physical activity other than having a horrible hangover on the couch – this one is for you. TeamUp Fitness, a community fitness app aimed at connecting people with workout partners, is launching a new dating feature, and they’re launching it right here in Denver.

Philadelphia-based TeamUp CEO Tony Tombretta stumbled upon the idea for TeamUp almost five years ago after his son expressed his difficulties finding a training partner. He wasn’t just looking for a coach, he was looking for someone to bond with through workouts and hold him accountable. Yet, in trying to find a solution to this problem, the pair learned that it was no easy task.

“I thought to myself, ‘this is a great opportunity to connect like-minded people who want to achieve their goals,” said Tombretta.

Thus, TeamUp was born. With the goal of creating a one-stop-shop for fitness enthusiasts, the app launched in 2020 as a way to connect fitness professionals with customers, as well as match people with similar fitness goals.

“We believe that if you have someone to train with, you will put up with it longer than if you did it on your own,” Tombretta said.

When creating a profile, the app allows you to distinguish yourself as a fitness professional or fitness enthusiast. As a fitness professional, the app is a unique way to get new customers and promote your services, both locally and around the world. As a member, you can specify your personal fitness goals and favorite activities. The app then connects you both to users with similar goals and to professionals who can help you achieve them, providing a sense of direction, responsibility and community.

With nearly 5,000 active users around the world, TeamUp has spent the past year connecting users to their “perfect fitness match”. Matches are so good that they have become so much more than just fitness companions.

“The app has evolved to such an extent that we’ve received a lot of positive feedback about the connections made on the app,” said Frank Peperno, Director of Marketing.

That’s right – TeamUp has suddenly become an unlikely matchmaking service, with its users finding love when they least expected it – in the middle of their workouts.

Scheduled to debut later this month, TeamUp will join the niche dating app trend, offering a new dating feature specifically to connect users to their future gym crush. Rather than just swiping left or right, you narrow down your selections by physical activity and fitness goals, connecting with a selection of local users with similar interests. When Tombretta and Peperno decided where to launch this feature, debuting in America’s healthiest city was a natural fit.

“Denver is ranked as one of the fittest cities in America. It is also one of the best cities for dating opportunities. There are so many indoor and outdoor activities, from skiing and hiking to running trails, ”said Peperno.

While some Denverites disagree on the Mile High dating scene, TeamUp is hoping the app’s fitness angle will capitalize on the health-focused population that dominates the city.

If you live in Denver and have spent even a minute on a dating app, you’ll agree this was a smart choice. If I had a dollar for every profile that had a 14er cardboard sign or a quick question asking what ski pass I had, I would be a very rich girl.

Over the next few months, TeamUp will be working with local businesses and gyms to showcase themselves to the Denver scene. From hosting meetings at local breweries to collaborating with local fitness professionals, TeamUp hopes to establish itself as the go-to dating app for all fitness freaks in Denver.

So, for those of you singles, Denver locals whose dating profile offers gym selfies or hiking recommendations, or if you’re looking for the ‘one’ to run the Leadville 100 with, head over to l ‘App Store and download TeamUp.

TeamUp Fitness is available for free on the App Store and the Google Play Store. Their dating feature will officially launch at the end of this month. Follow them on Instagram for updates on upcoming local events.