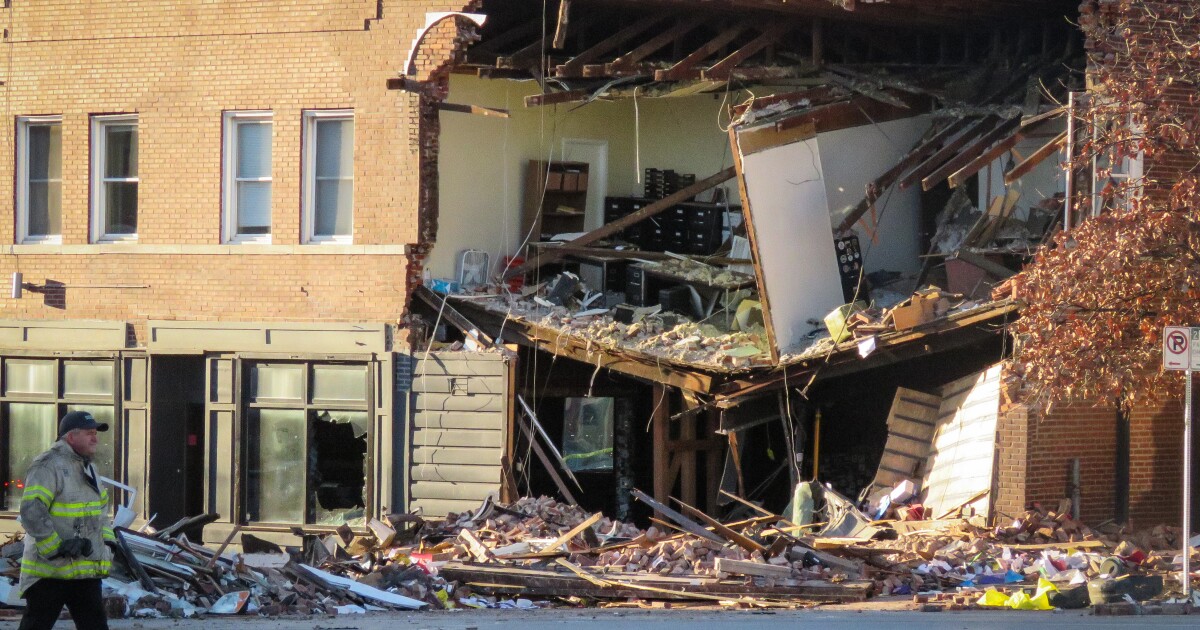 Three people were killed Wednesday night when a Kansas City fire truck responding to an emergency call collided with a Honda SUV, collapsing a block of buildings in Westport.

According to Kansas City Police, a Kansas City fire engine was driving north on Broadway at around 10:30 p.m. and struck a westbound Honda SUV at the intersection near 40th Street.

The two vehicles then slid northwest and crossed the sidewalk, colliding with a pedestrian and crashing into the recently closed Riot Room at 4048 Broadway.

The adult driver of the Honda SUV died at the scene. His passenger, an adult male, also died, but it is not known when. Police said a pedestrian was buried under the rubble and had to be picked up some time later.

None of the identities of the victims have yet been released.

Members of the Kansas City Fire Department, who reportedly responded to a fire at the time of the collision, were uninjured.

Traffic on Broadway was closed at the intersection of 40th and Westport Road early Thursday morning after authorities determined the building was unstable. Building debris remained strewn across Broadway and the sidewalk, blocking some vehicle and pedestrian traffic on the west side of the street.

An update from the Kansas City Police Department says the Department of Hazardous Buildings and Demolition will assess damage to the two-story structure. It could take six weeks or more to complete this investigation.

Clothing store The Bunker also announced Thursday that it will be closed until further notice. The retailer is in the same building as The Riot Room, but the store itself does not appear to be damaged. Kitchens by Kleweno, which occupies a building next to the damage, says they are closed to walk-ins but not to employees.

The Riot Room, located at 4048 Broadway, closed in October due to financial hardship related to the pandemic. The popular concert hall had been open since 2008.