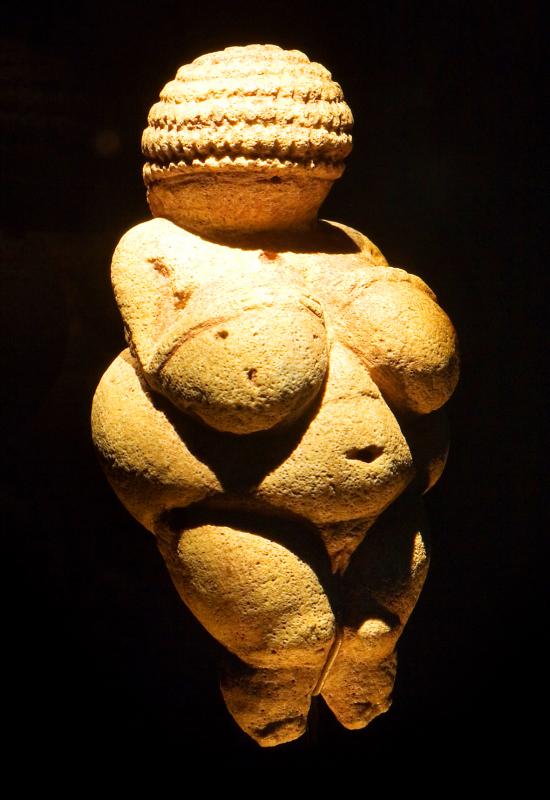 More than a century after the artists of the Viennese Secession declared “in each era its art; to art its freedom ”, the Austrian capital has found a new site for artistic expression free of censorship: the platform reserved for adults OnlyFans.

The Vienna tourist office has opened an account on OnlyFans – the only social network that allows nudity performances – to protest against the ongoing censorship by the platforms of its museums and art galleries.

In July, the Albertina Museum’s new TikTok account was suspended and then blocked for showing works by Japanese photographer Nobuyoshi Araki that showed an obscured female breast, forcing the museum to open a new account. This follows a similar incident in 2019, when Instagram ruled that a painting by Peter Paul Rubens violated the platform’s community standards that prohibit any depiction of nudity – even those that are “artistic or creative in nature.” .

In 2018, the Natural History Museum’s photograph of the 25,000-year-old Venus of Willendorf figurine was deemed pornographic by Facebook and removed from the platform.

The Leopold Museum has also struggled to promote its collection of expressionist nudes by Egon Schiele, with advertising regulators in Germany, the UK and the US refusing to show them in a city tourism campaign in 2018. (The tourist office managed to resubmit the posters with banners obscuring the naked bodies, reading: “Sorry – 100 years old but still too daring today.”)

A short video featuring Koloman Moser’s Liebespaar painting, made to mark the 20th anniversary of the Leopold Museum this year, has been dismissed by Facebook and Instagram as “potentially pornographic”.

These works and more are now fully exhibited, safe from the threat of censorship, on Vienna’s OnlyFans profile – and only teased on Facebook, Instagram and Twitter.

Helena Hartlauer, spokeswoman for the Vienna Tourist Board, said the city and its cultural institutions have found it “almost impossible” to use naked works of art in promotional material. Some works in the current Albertina exhibition, by Italian portrait painter Amedeo Modigliani, are too explicit to promote, she said.

“Of course you can work without it, but these works of art are crucial and important to Vienna – when you think of Schiele’s 1910 self-portrait, it is one of the most iconic works of art. If they can’t be used on such a powerful communication tool as social media, that’s unfair and frustrating. That’s why we thought [of OnlyFans]: well, a way to show these things.

First-time “Vienna 18+ Content” subscribers on OnlyFans will either receive a Vienna City Card or an entry ticket to see one of the works in person.

The city is renewing its efforts to promote Vienna as a travel destination since the Austrian government relaxed border restrictions for foreign nationals. Arrivals were down 78.4% last year compared to 2019, with some months seeing virtually no visitors.

But Hartlauer said the new “Vienna Strips on OnlyFans” campaign wasn’t just to encourage tourists; it was also to raise awareness of the censorship standards in which contemporary artists work.

Instagram, along with its parent company, Facebook, has maintained its strict no-nudity policy in the face of years of criticism, and even though it has become a more essential platform for artists. In July, creatives protested the uneven promotion of their work on social media with the hashtag #FixTheAlgorithm.

“Compared to the artists who fall under this censorship, the Vienna tourist office and even the art collections have it easier,” Hartlauer said. “We just want to ask ourselves the question: do we need these limitations?

Who decides what to censor? Instagram censors images and sometimes you don’t even know it is very transparent.

OnlyFans was founded in 2016 to be a more permissive and fair platform for online creators of all kinds, though it has become synonymous with sex work through the pandemic. Last year, the site grew from 7.5 million to 85 million users, paying more than US $ 2 billion in subscription fees to 1 million creators.

In August, OnlyFans announced it would ban “sexually explicit” content, claiming it was because of the banking industry’s downturn. The company quickly turned the tide after the outcry – but for many creatives, it was a reminder of their addiction to online platforms.

Ironically, the Vienna Tourist Board, having decided to launch a presence on OnlyFans, encountered obstacles in its promotion. Twitter, Facebook and Instagram have all rejected links to the platform, forcing the board to liaise with their service teams, in some cases for weeks.

Hartlauer said the obstacles to launching the campaign prove the insidious power of social media platforms to influence and suppress artistic expression.

“This shows us once again that this is the right question to ask.”

She said the tourist office will keep the OnlyFans Vienna account beyond this campaign, although she is not sure how or how often it will be updated.

“This marketing initiative is not the ultimate solution to this problematic relationship between the art world and social media, but we want to stand up for our values ​​and our beliefs,” she said.

“Vienna has always been known for its openness. “

Comments will be moderated. Keep comments relevant to the article. Comments containing abusive and obscene language, personal attacks of any kind or promotion will be removed and the user banned. The final decision will be at the discretion of the Taipei Times.